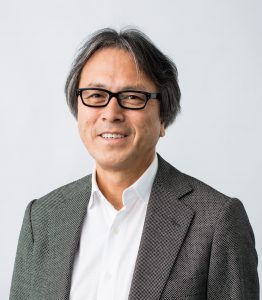 Mr. Yoshimitsu Kaji, Chairman and Board of Director

Yoshimitsu Kaji graduated from Aoyama Gaskin University with BA in Economics. After working at the Fuji Bank and advertising agencies, he graduated Kellogg Graduate School of Management, earning MBA. After his graduation, he joined Coca-Cola (Japan) company responsible for Coca-Cola and Georgia brands. After that, he served as Marketing Director responsible for titles such as “The Matrix” and “A.I.”, at Time Warner, Inc. After transferring to Sony Pictures Entertainment, he led marketing of “Spiderman” and the TV animation “Astro Boy” as Vice President, Marketing. He then moved to Nissan Motor Company, Inc., as Marketing Director for Luxury products, such as CIMA, FUGA, TIANA, SKYLINE, and NISSAN GT-R. He then seconded as General Manager for Overseas Division at Autech Japan supervising business for the United States, Europe and Asia. He also served as Executive Director for the Tokyo Olympic Bid Committee. After his return to Nissan, he was responsible global introduction of Nissan LEAF as senior manager for Global Zero Emission Business Unit and Global Marketing. Starting this year, he worked for the Prime Minister’s Office, dealing with the marketing of “Japan Brand.”  Then, he worked for Accenture Japan as Cheif Marketing Innovator.  He is the President of Kellogg Alumni Club of Japan.