Cinnamon Inc. (Headquarters: Minato-ku, Tokyo, CEO: Miku Hirano, hereinafter referred to as “Cinnamon AI”), which provides artificial intelligence (AI) solutions to major Japanese companies, has been assigned as an expert member of the “Council for the Realization of New Capitalism”.

Japanese new cabinet has established the “Headquarters for the Realization of New Capitalism” in order to realize a new capitalism based on the concept of a virtuous cycle of growth and distribution and the development of a new post-Corona society.

Under this headquarters, it was announced that a meeting of the Council for the Realization of New Capitalism would be held to present a vision for the realization of new capitalism and to promote its materialization. The council will be chaired by the Prime Minister, and Hirano will participate in the council as an expert member.

Comment from Miku Hirano
“As a founder and manager of a start-up company, which is a leader of innovation, I feel very honored to participate in the grand challenge of “updating capitalism” through this conference.I have started my own multinational company, mainly in Asia, and I feel that I and my company have grown significantly along with the rapid progress of technology, and that my dreams and the possible future are being updated every day.

Considering the current situation in Japan, I believe that the discussions at this conference have the potential to update not only the future of Japan, but also the future of the world. I will contribute through the technology and management of Cinnamon AI and do my best to realize a new capitalism.” 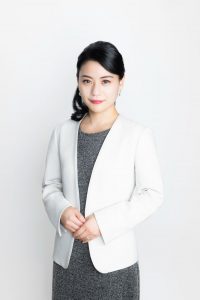 ■Miku Hirano profile
Serial Entrepreneur. MSc, in Artificial Intelligence, from Tokyo University. Engaged in research on Recommendation Engine, Complex Network, Clustering. Won the Innovative Software Creation Program (Super Creator Award) under Information-technology Promotion Agency Japan (IPA) in 2005 and 2006. Started her first business to create the middleware which enables to develop iOS / Android / Feature Phone simultaneously, and sold the company to mixi.inc. Founded Cinnamon in Singapore in 2012. She has received various awards, including St. Gallen Symposium Leaders of Tomorrow, Forbes Japan “Entrepreneur Ranking 2020” BEST10, Woman of the Year 2019 Innovative Entrepreneur Award, and Veuve Clicquot Business Woman Award 2019 New Generation Award. She has also been a keynote speaker at AWS Summit 2019, Milken Institute Japan Symposium, 45th Japan-ASEAN Management Conference, Bloomberg The Year Ahead Summit 2019, and etc. She has been a member of the IT Strategy Office, Cabinet Secretariat and a special member of the Tax Commission, Cabinet Office since 2020. In 2021, she has become an expert member of the Council on Economic and Fiscal Policy, Cabinet Office and an expert member of the Council for the Realization of New Capitalism. A member of the Advisory Board of the Faculty of Engineering at the University of Tokyo.And she is the mother of two children.

Cinnamon AI has been developing advanced business AI solutions with the mission of “creating a world full of creativity with AI”, and has provided such solutions to many major Japanese companies. The company also has artificial intelligence laboratories in Vietnam (Hanoi and Ho Chi Minh City) and Taiwan, where it has successfully recruited a large number of AI engineers, as well as AI OCR “Flax Scanner,” specialized speech recognition technology “Rossa Voice,” and natural language processing engine “Aurora Clipper. Aurora Clipper), a natural language processing engine, and other solutions that utilize unstructured data to boost corporate growth. In addition, Cinnamon AI has three unique research areas: “Digitize,” “Structure,” and “Understand. “In 2021, the U.S. research service CBINSIGHTS will announce that it is working on innovative artificial intelligence technology. In 2021, the company was selected as one of the 100 most promising companies working on innovative artificial intelligence technologies (CBINSIGHTS AI 100) by CBINSIGHTS, a U.S. research service, and as a “Technology Pioneer” by the World Economic Forum.