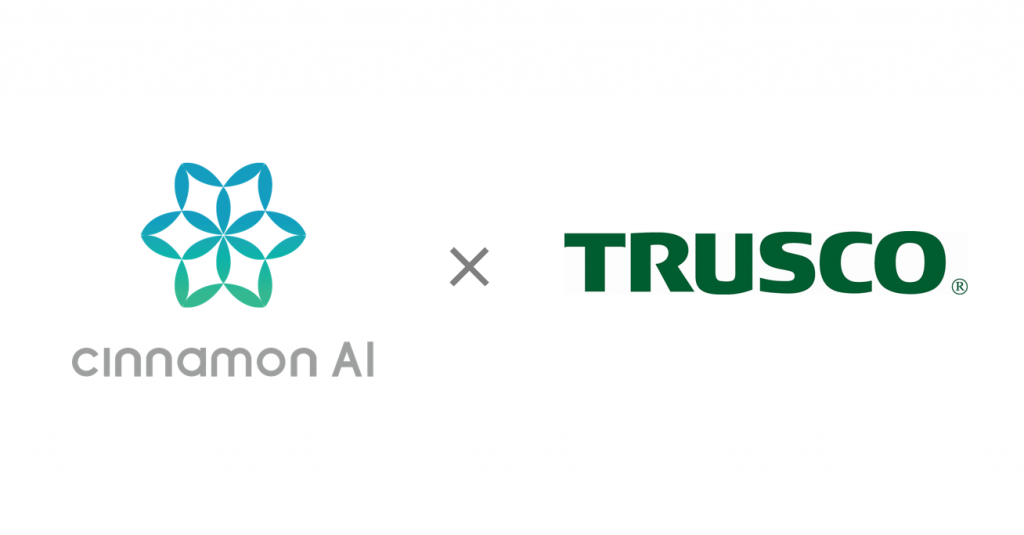 Cinnamon AI provides AI consulting and AI products with the mission of “Extend Human Potential with AI”, aiming to innovate our clients’ core business and promote DX.  To date, Cinnamon AI has worked with more than 100 major Japanese companies, and its strength lies in its ability to handle a wide range of unstructured data, which is the key to promoting DX.  In the future, we will continue to develop AI strategy designs that will give our clients a competitive advantage by connecting their “Purpose” with the harvest loop (loop structure: architecture that automatically accumulates data and leads to sustainable business growth) that we advocate as the core of corporate growth strategies. By linking the Harvest Loop (a loop structure that automatically accumulates data and leads to sustainable business growth), which we advocate, with the “paths” of our client companies, we will create AI strategy designs that give our client companies a competitive advantage, and strengthen our efforts to support their sustainable growth.

Specifically, we plan to expand the scope of AI utilization, starting with the expansion of product data, inventory optimization, and automation of operations.  In addition, we will strengthen our business in the medium and long term by introducing AI, which is indispensable in all management fields such as technology, human resources, and organization, in order to realize the vision of Trusco Nakayama, the vision that aims to create an open distribution platform to permanently support manufacturing in Japan.

＜Comment from Ms. Miku Hirano, CEO at Cinnamon AI>
Trusco Nakayama’s passion for the strategic challenge of DXing the entire manufacturing tool trading industry and Cinnamon AI’s diverse technologies, track record, and potential for the future met and led to this bold partnership.  With the scale to revolutionize the industry itself and the speed that a start-up can achieve, we feel that the management team is complementary and compatible with each other.  Cinnamon AI’s AI strategy based on the Harvest Loop (a loop structure: architecture that automatically accumulates data and leads to sustainable business growth), which we advocate as the core of business growth strategy, is expected to make a significant contribution.  We are starting with the three themes of product data expansion, inventory optimization, and business automation, and I feel that there are infinite possibilities for the expansion of these areas.

We believe that this partnership is the embodiment of the teaming of diverse participants from large corporations, academia, and startups that are transforming logistics and digital in our country, while taking advantage of support from the government.  We will do our best to make this an example of how multi-stakeholders can work together to tackle global challenges and help create a sustainable world.

＜Comment from Mr. Tetsuya Nakayama, President at Trasco Nakayama>
We have been investing in logistics and digital technologies to improve the convenience of our customers.

Cinnamon AI has a clear track record of introducing AI to financial institutions and other organizations, in addition to about 100 highly skilled AI personnel, and is practicing its own theory called Harvest Loop.  We have been investing in digital technology for some time now, but in order to further expand our product data and improve operational efficiency, advanced AI technology is essential.  Since Cinnamon AI has developed an AI model that is suitable for solving our problems, we have decided to enter into a capital and business alliance with Cinnamon AI with the aim of further developing both companies.

In the future, we will work with Cinnamon AI to expand our product data, which is the source of our competitiveness, optimize our inventory, automate our operations, and strengthen our business over the medium to long term by introducing AI, which is essential in all areas of management, including technology, human resources, and organization.

1: The investment and capital and business alliance will be approved at the general meeting of shareholders and the board of directors meeting scheduled for late June.
2: “Trusco DX 2.0”  Trusco Nakayama has been promoting and reinforcing DX since 2018, including the renewal of the core system, and has positioned its past efforts as “Trusco DX 1.0”.